To share your memory on the wall of Ella Jo Sadler, sign in using one of the following options:

Provide comfort for the family of Ella Jo Sadler with a meaningful gesture of sympathy.

In addition to her father and mother, Ella was preceded in death by her beloved husband, Jerry Sadler on March 28, 2019; three brothers-in-law: Lee Elliott, Frank McClain, Martin Sadler; and one sisters-in-law, Sally Sue Whetstone.

Ella Jo (Barr) Sadler was an accomplished writer who published one autobiographical book and numerous articles within Christian periodicals. Her prose has been enjoyed by people throughout the world, many of whom cite her story as an uplifting and inspirational message of faith. She was also a gifted pianist who enjoyed composers such as Bach and Tchaikovsky.

A Funeral Service will be held on Saturday, October 5, 2019 at 1 PM held in the DeClue Memorial Chapel. Ella’s son-in-law, Paul Meinsen will officiate.

A Private Interment will follow in the Antioch Cemetery. Funeral arrangements were entrusted to the care and direction of the DeClue Funeral Home, Potosi, MO.
Read Less

We encourage you to share your most beloved memories of Ella Jo here, so that the family and other loved ones can always see it. You can upload cherished photographs, or share your favorite stories, and can even comment on those shared by others.

Flowers were purchased for the family of Ella Jo Sadler. Send Flowers

Posted Sep 30, 2019 at 11:06pm
To Ella Jo's family, my prayer is that God and Jesus are so very close holding and comforting you in their loving hearts during this time and in the days ahead. Even though our journeys took us miles apart most of our lives, she will always be a very dear friend to me in the time we shared during our childhood years in our school, Adam Bethel Church of God, and neighborhood and homes. So many memories flood my heart as we grew up together of so much joy experienced. God has a wonderful angel added to Heaven. She will be missed very much but leaves a great legacy. Sincerely Alice Turnbough Scott
Comment Share
Share via: 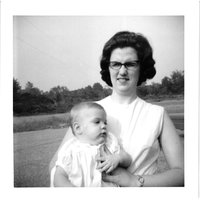 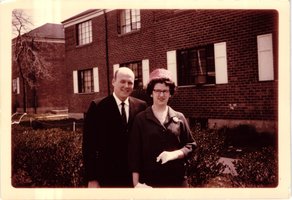 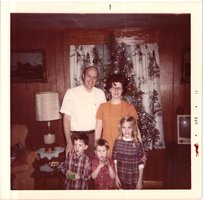