To share your memory on the wall of Norma Belfield, sign in using one of the following options:

A Funeral Service was held on Sunday, September 15, 2019 at 2 PM held in the DeClue Memorial Chapel with Pastor H. Wayne Isgriggs and Pastor Rick Posey officiating.

Interment followed in the Caledonia Methodist Cemetery. Funeral arrangements were respectfully entrusted to the care and direction of the DeClue Funeral Home.
Read Less

To send flowers to the family or plant a tree in memory of Norma Jean Belfield (Owens), please visit our Heartfelt Sympathies Store.

We encourage you to share your most beloved memories of Norma here, so that the family and other loved ones can always see it. You can upload cherished photographs, or share your favorite stories, and can even comment on those shared by others.

Posted Sep 15, 2019 at 01:49pm
Such a great lady! I remember all the good times we all spent together. I just wish I was able to be with you all, but just know you are in my prayers and my thoughts. I will never forget this special lady and this summers and special times we shared. God bless and love you all!
Comment Share
Share via:
HS

Medium Dish Garden was purchased for the family of Norma Belfield. Send Flowers

Posted Sep 13, 2019 at 11:56pm
Chuck and Robin, Please accept my heartfelt sympathy upon the death of Chuck's mother. May the family have the peace that passes all understanding. Mike and I will continue praying for you and your family.
Comment Share
Share via: 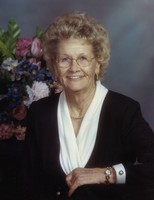 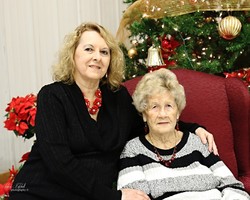