To share your memory on the wall of Loyd Lawson, sign in using one of the following options:

Print
Loyd Lawson of Potosi, Missouri, was born on October 3, 1942, a son to the late Earl Lawson and the late Gurlean (Bowles) Lawson. On January 25, 1964 Loyd was united in marriage to Connie Snowdell and they shared 55 years together.

Loyd ... Read More
Loyd Lawson of Potosi, Missouri, was born on October 3, 1942, a son to the late Earl Lawson and the late Gurlean (Bowles) Lawson. On January 25, 1964 Loyd was united in marriage to Connie Snowdell and they shared 55 years together.

Loyd went to his Heavenly home on Thursday, August 8, 2019 having reached the age of seventy-six years, ten months and five days.

A Funeral Service will be held Sunday, August 11, 2019 at 2 PM held in the DeClue Memorial Chapel.

Interment will follow in the Sunset Hill Cemetery. Funeral arrangements were respectfully cared for by the DeClue Funeral Home, Potosi, MO. Online condolences may be expressed by visiting decluefuneralhome.com
Read Less

To send flowers to the family or plant a tree in memory of Loyd Lawson, please visit our Heartfelt Sympathies Store.

We encourage you to share your most beloved memories of Loyd here, so that the family and other loved ones can always see it. You can upload cherished photographs, or share your favorite stories, and can even comment on those shared by others.

The Holbert and Smith families, Marge (and John) Malloy, and other have sent flowers to the family of Loyd Lawson.
Show you care by sending flowers

The Holbert and Smith families

The Holbert and Smith families purchased the Sweet Tranquility Basket for the family of Loyd Lawson. Send Flowers

Your friends at Good Earth Tools.

Your friends at Good Earth Tools. purchased flowers for the family of Loyd Lawson. Send Flowers 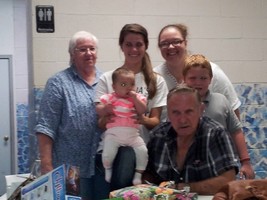 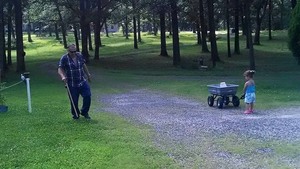