To share your memory on the wall of Robert Puckett, sign in using one of the following options:

Robert proudly served his country in the United States Air Force from which he retired attaining the rank of Master Sergeant. Robert will receive full military honors consisting of flag folding and presentation, gun salute and TAPS.

A Funeral Service will be held on Thursday, July 11, 2019 at 11 AM held in the DeClue Memorial Chapel with Bro. Carl Wilson officiating assisted by Bro. Trevor Kean.

Interment will follow in the Pleasant Hill Cemetery. Funeral Arrangements were respectfully entrusted to the care and direction of the DeClue Funeral Home.
Read Less

To send flowers to the family or plant a tree in memory of Robert Lloyd Puckett, please visit our Heartfelt Sympathies Store.

We encourage you to share your most beloved memories of Robert here, so that the family and other loved ones can always see it. You can upload cherished photographs, or share your favorite stories, and can even comment on those shared by others.

The Dotsons- Jason, Christy, Annaleigha, and Adaly, Debbie lachance, and other have sent flowers to the family of Robert Lloyd Puckett.
Show you care by sending flowers

Posted Jul 10, 2019 at 05:41pm
Our thoughts and prayers are with you in this this difficult time. Even though we cant be there in person we are there in spirit! With love

Posted Jul 10, 2019 at 05:48am
Bob was like a father to Erica and I, he was like a grandfather to Faith. We will always treasure our weekends spent in Potosi, a home away from home.

Posted Jul 09, 2019 at 08:00pm
Three of my biggest memories are, going on vacation to New Hampshire, Aunt Sharon and Uncle Lloyd riding from New Hampshire to St.Louis on a Motorcycle, and going fishing wit Uncle Lloyd and Dad and coming back after dark. We had to climb up the bluff and I guess he didn't think I was going fast enough so he hollered "snake". Since I couldn't see I ran!! That was effective!! Love you uncle!!
Comment Share
Share via: 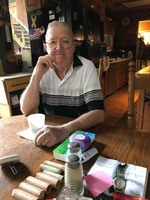 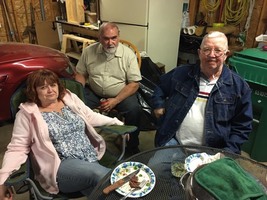 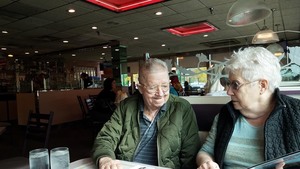