To share your memory on the wall of Anita Edwards, sign in using one of the following options:

Provide comfort for the family of Anita Edwards with a meaningful gesture of sympathy.

In addition to her parents, Anita was preceded in death by her mother-in-law, Christine Pankey; sister, Juanita Timbs; and sister-in-law, Gloria Timbs.

A funeral service to honor Anita will begin at 11:00 a.m. on Saturday, April 13, 2019, held in the DeClue Memorial Chapel with Pastor Matt Smith officiating.

We encourage you to share your most beloved memories of Anita here, so that the family and other loved ones can always see it. You can upload cherished photographs, or share your favorite stories, and can even comment on those shared by others.

The Burchett/Gleiforst Family, Rick and Letha Whitter & Illinois Church of God, and others have sent flowers to the family of Anita Louise Edwards.
Show you care by sending flowers

Posted Apr 13, 2019 at 12:34pm
Rest in Peace Anita You were a kind soul! You Never waivered from being kind to others.The World Truly was better with you in it-Our Thoughts and Prayers are with Your Family and Friends and Especially Dan:( Prayers Our Lord Comforts you all
Comment Share
Share via:
TF

The Burchett/Gleiforst Family purchased the PEACEFUL WISHES for the family of Anita Edwards. Send Flowers 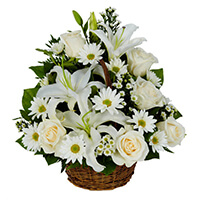 Rick and Letha Whitter & Illinois Church of God purchased the THINKING OF YOU BASKET for the family of Anita Edwards. Send Flowers

Posted Apr 11, 2019 at 07:09pm
Our thoughts and prayers are with your family. And we hope your family can find peace during this difficult time. Please let us know if there is anything your family may need.

Posted Apr 11, 2019 at 06:59pm
Our thoughts and prayers are with your family during this difficult time. 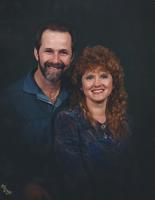 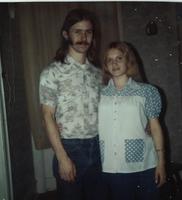